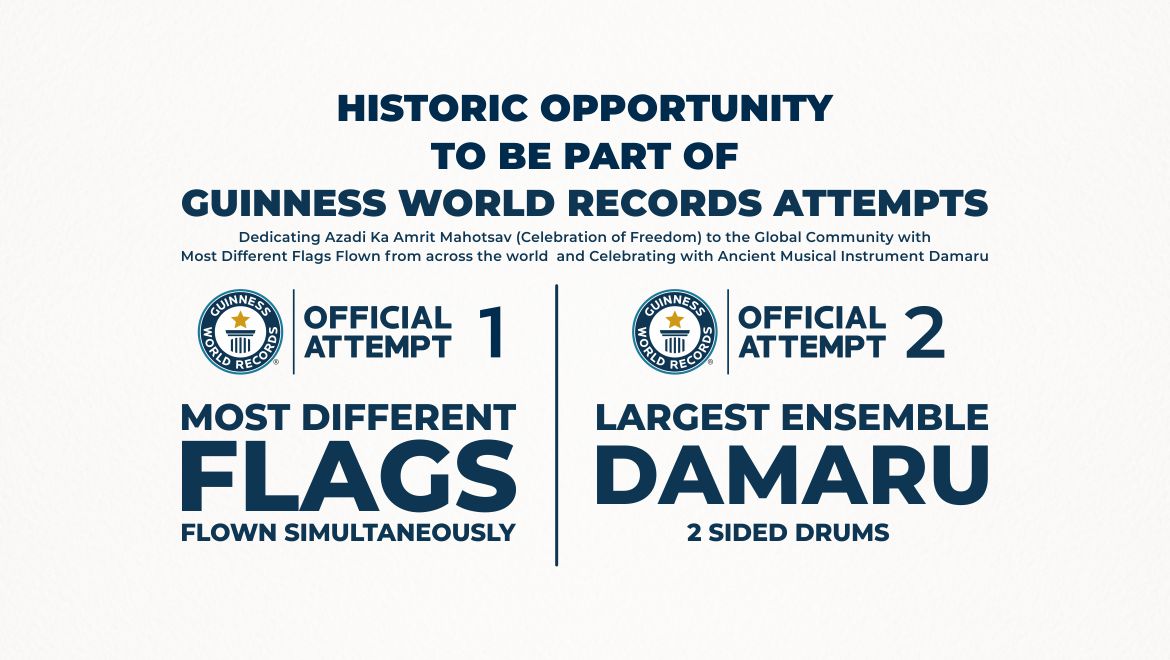 The Federation of Indian Associations (FIA), which is celebrating 75 years of India’s Independence Day as part of India’s Azadi Ka Amrit Mahotsav on August 15 in the US, is attempting two Guinness World Records Attempts — Highest Number of Most Different Flags and Largest Ensemble of Damarus. The preparations are complete with an overwhelming number of participants registered, now get ready to witness the Guinness World Records getting made in one event. Just be there.