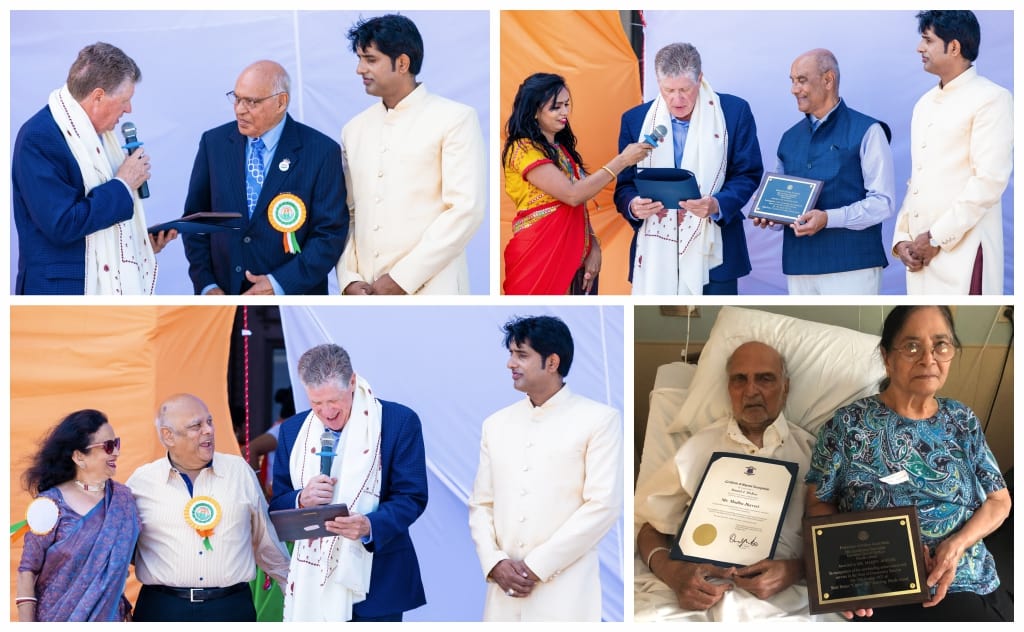 On August 15 this year, the Federation of Indian Associations-New England celebrated the 75th Independence Day of India at the Rhode Island State House. This was the first major celebration for the newly formed chapter of FIA. His Excellency the Governor of the State of Rhode Island Daniel McKee hoisted the Indian Tricolor alongside the American flag.

On the occasion, individuals who have served the community over past several years were felicitated by Governor McKee. The event was attended by several high-ranking officials of the State government including State Treasurer Seth Magaziner, besides a large number of members of the Indian Diaspora from across New England. Vibhav Rathore and Shubhanjay Khanal have been awarded for community volunteer services.

Ram Nehra
Ram Nehra moved to the US from Kenya. He had a very successful career as a pharmacist. After his retirement, he joined his wife Nishi’s entrepreneurial journey and together they have been successful small business owners in Rhode Island. Nehra always wanted to help bring education to those who are least able to access it. When he learned about underserved communities in remote villages in India, he immediately took up the cause and became the founding member of Ekal Vidyalaya Foundation of USA. The organization works with Ekal Vidyalaya Foundation of India to run single-teacher primary schools in 100,000 extremely remote villages in India. From 4,000 villages in 1988, the organization expanded to 100,000 villages in 2020. Now, it also has programs that bring digital literacy, health services and skill training to villagers, impacting the lives of over 100 million people. His work been a game changer for millions in remote villages in India.

Dr Madhu Jhaveri
Dr. Madhu Jhaveri joined the University of Massachusetts at Dartmouth in 1974 in Civil Engineering department and retired as a full professor in 2006. He was extremely popular among his students for his excellence in teaching. During his long career, he served as a mentor to many students and junior faculty members. His help was not limited to academics but extended to providing a ride to the airport, helping them find housing, providing food and counselling, etc. Whatever the challenge, they could count on his support like a family elder. Along the way, Prof Jhaveri founded and/or served in senior positions of community organizations which are still thriving. These include India Students Association at UMass Dartmouth, World Hindu Council of America (VHPA) and International Hindi Association. He started a weeklong summer camp for Children in 1979 to impart Hindu ethical values to them which served as a model for camps in New Jersey and other states.

Harish & Binni Dang
For over 50 years, Harish Dang and Binni Dang have been helping new Indian migrants become US citizens. Harish Dang graduated from Harvard and became a financial consultant. In this role, he assisted new migrant-citizens of Indian origin plan for their financial wellbeing. Mr and Mrs Dang created a radio program in 1973 called ‘Sounds of India’ which they ran for 40 years. Using that as a pulpit, the Dangs brought together the then-small community and nurtured it to grow into one of the most flourishing ones. That radio program shared the joys of American citizenship, where cultural diversity is celebrated.

Mahesh Patel
Since immigrating in 1977, Mahesh Patel has been helping new immigrant families settle in the US, strengthen the Indian community in Rhode Island Massachusetts and create opportunities for others to learn about the Indian culture. He is chairman of the Rhode Island Hindu Temple and past board member of the Indian Association of Rhode Island. He also serves as trustee of the Attleboro Library and is on the board of Attleboro Art Museum, the Massachusetts Hotel and Motel Association, the Asian American Hotel Owners Association and as a Rotarian for over 25 years.

Patriotism in the air
Tushar Patel, the event sponsor of FIA-NE’s 75th Indian Independence Day celebrations at Rhode Island State House, was seen on the stage waving the flag. 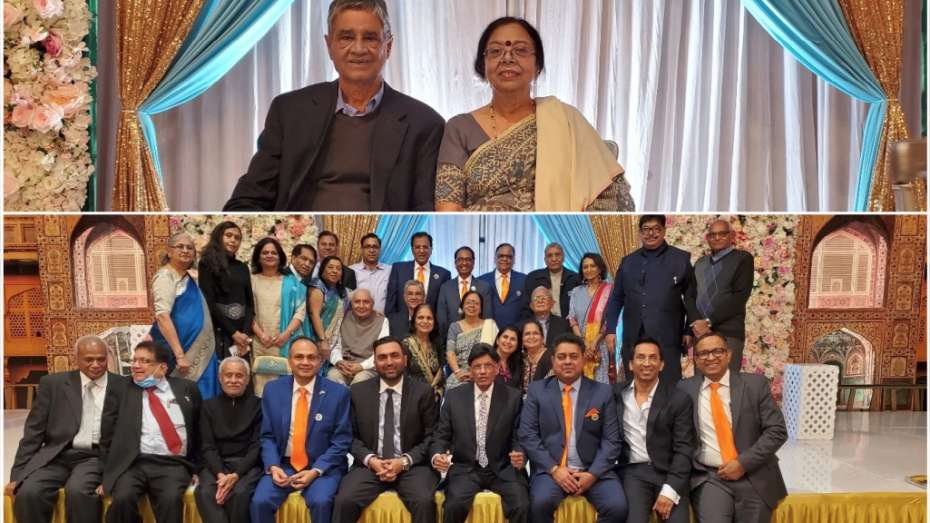 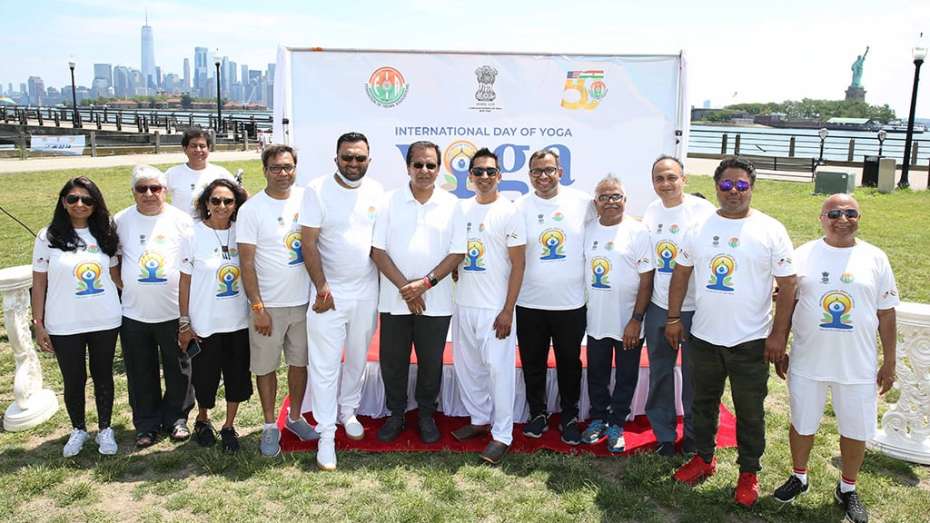 Yoga India’s gift to the world