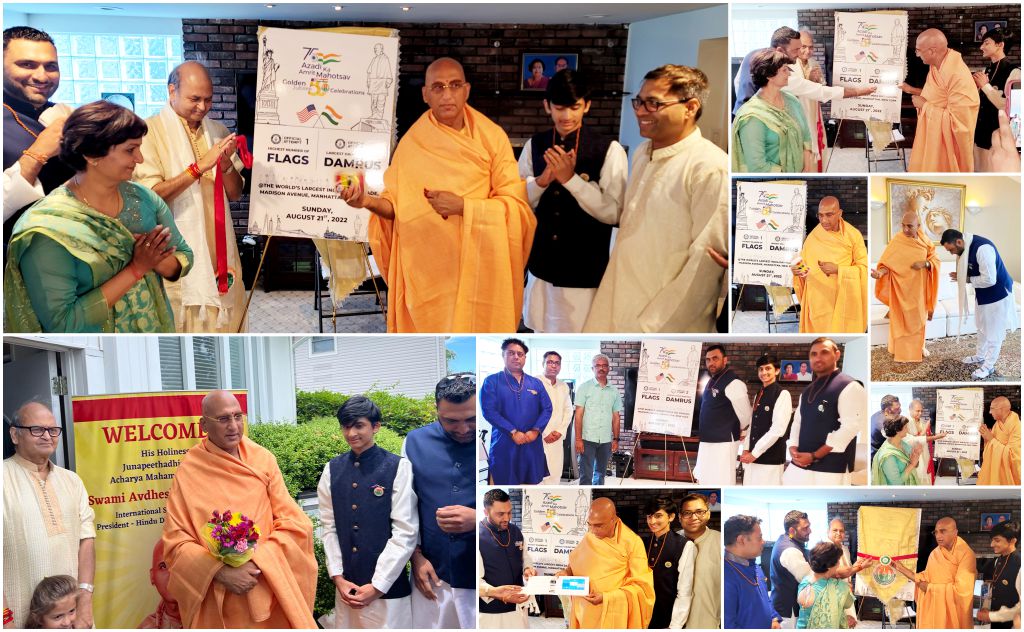 Indian Spiritual leader and Guru, His Holiness Junapeethadhishwar Acharya Mahamandleshwar Swami Avdheshanand Giri ji unveiled the theme for FIA’s attempts at 2 Guinness World Records during the India Day Parade in Manhattan on August 21st, 2022. The records being attempted are the largest number of flags flown, a record currently held by the Government of Australia, and the Largest Damru (2-sided-drum associated with Hindu, Buddhist and Tibetan Culture) Ensemble.

Swami Avdheshanand Giri, a Guru to several thousand and an inspiration to millions, is in the USA to lead the International Yoga Day celebrations in the US this year by attending a grand event at the iconic Times Square in New York.

Speaking at the occasion, Swami Ji lauded the FIA’s efforts to keep the glory of India intact on the world stage. He further mentioned that it is heartening to see the faith that the Indian Americans have in the Indian culture, traditions and values. 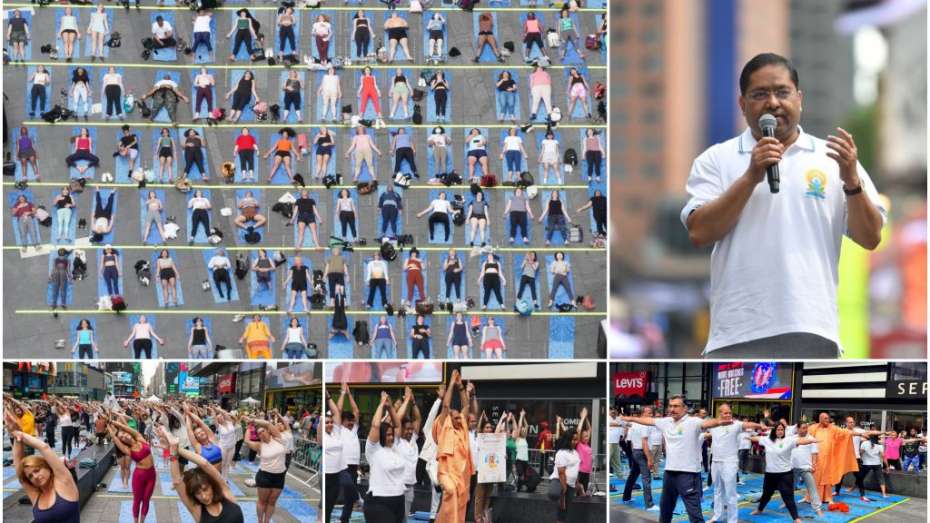